Hello everyone and welcome to boost-hub! Today in the guide we will talk about the new premium French medium tank level 8 — AltProto AMX 30. I am very happy to see the next French premium MT ... 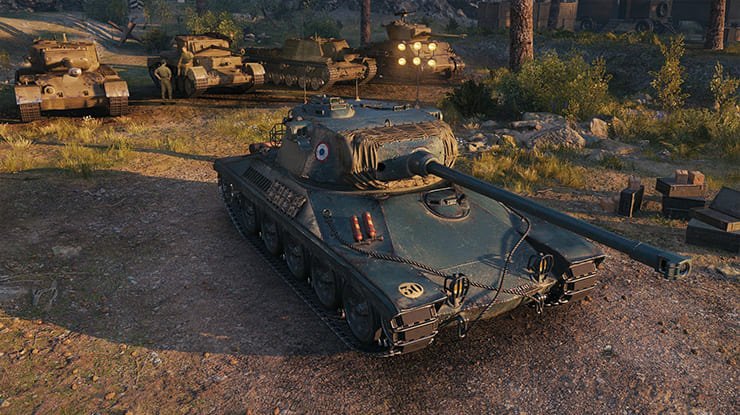 Welcome, tankers! With you boost-hub and the new French premium tank level 8 AltProto AMX 30 in World of Tanks. The developers this time decided not to bother much and collected a certain "Frankenstein" from the promotional AMX 30 and Lorraine 40t.

Based on the performance characteristics, we have a typical Frenchman with a good comfortable gun with a good alpha, in addition, the tank itself is quite fast. well, the AMX 30 prototype pays for this with a complete lack of armor. Ricochet tilt angles will hardly save you.

The gun is familiar to everyone from other French tanks. It has very good armor penetration for level 8 and excellent lower frontal part. Pleases a pleasant one-time damage of 300 units. Which is not something rare, but this figure will ensure a comfortable game. 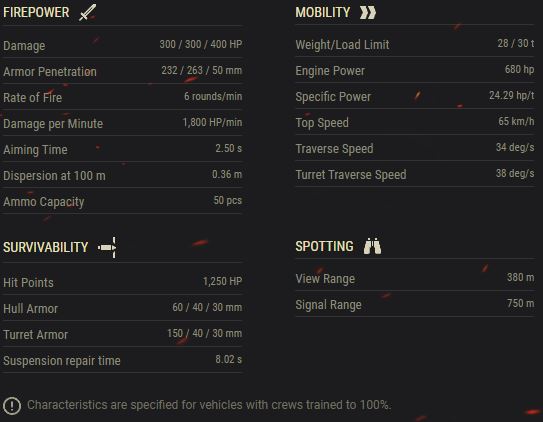 The key feature of this machine is a drum gun "Lorraine 40t" i "Somua SM", which is distinguished by excellent armor penetration with a basic projectile. At the same time, it is armor-piercing, that is, it has a better normalization.

P.S. having rolled back a couple of hundred fights on Lorraine 40t, I can say that there were no complaints in terms of farming, even at the bottom of the list it feels good. The main problem was mediocre stabilization and VBR, which rarely allows you to fully implement the drum.

In this case, the recharge is cyclical, but you have to pay a long CD for the breakdown. The accuracy and time of information also leave much to be desired, but the one-time damage is an order of magnitude higher than average.

However, alpha does not radically save the situation and the damage per minute is quite low, few people can shoot 1 on 1.

It is worth noting the convenient angles of vertical aiming, which will allow you to play from the terrain without exposing the case.

Since we are talking about "being substituted", we will immediately say that this is a typical Frenchman without any armor in the body.

With the tower, things are a little better, there is 150 mm in the forehead + a large gun mask, which can sometimes catch a ricochet, but in general, it is better not to try your luck and the great Belarusian random once again. Moreover, the safety margin is one of the smallest, the same as that of Bat Chatillon Bourrasque.

Although the maximum speed of 55 km/h is far from the most outstanding, but due to the specific power of 24.3 hp/t, it will quickly gain it and confidently hold it.

But the maneuverability is mediocre, almost the same as that of the Lorraine 40t. The viewing radius of 380 meters is within the normal range for MT 8.

Option for increased stabilization, suitable for active play at medium and close range.

The correct choice of skills for the crew, which in our case consists of only three people, can also make a significant contribution to the comfort of playing on this device. In this aspect, we will stick to the planned course, but we still need to add survivability. In general, on AltProto AMX 30, we learn the perks in the following sequence:

Economy-build with minimal silver costs. We recommend using an Automatic fire Extinguisher, as it will significantly increase your survival rate and save more durability points than a manual one.

This is a typical sniper tank and a support tank. We can support our allies both from afar and from the second line thanks to the Internal Affairs Department. Low HP and cardboard armor make the AltProto AMX 30 a poor breakthrough tank, but good dynamics will make this tank an excellent raider behind enemy lines to cut out self-propelled guns and support allies. It is important to remember that everything depends on the specific situation.