Previously, in the game World of Tanks, you could earn silver on tanks of level 6-8, but now, the wargaming policy has changed, and you can only actively earn in-game currency on premium tanks. All premium vehicles have different technical characteristics, which divides tankers into different opinions about the best tanks ...

Previously, in the game World of Tanks, you could earn silver on tanks of level 6-8, but now, the wargaming policy has changed, and you can only actively earn in-game currency on premium tanks. All premium vehicles have different technical characteristics, which divides tankers into different opinions about the best tanks for earning money. Below is a list of the best tanks for farming, based on player reviews.

German heavy premium tank level 8 Lowe, is the record holder for farming credits on World of Tanks. This technique appeared in the premium store at the beginning of the game's popularity and was subject to changes in technical characteristics, almost every six months. Lev's latest changes were very successful, as the heavy tank finally became a formidable rival among single-tier vehicles. Increased engine power, declination angles, and added armor in the hull and turret. The German Lion did not become a dynamic tank, however, it became faster to get to its destination. At the moment, the tank is equipped with an engine with a capacity of 1000 hp. Since the weight of the tank is 90 tons, the specific power is 11.15 hp/t. 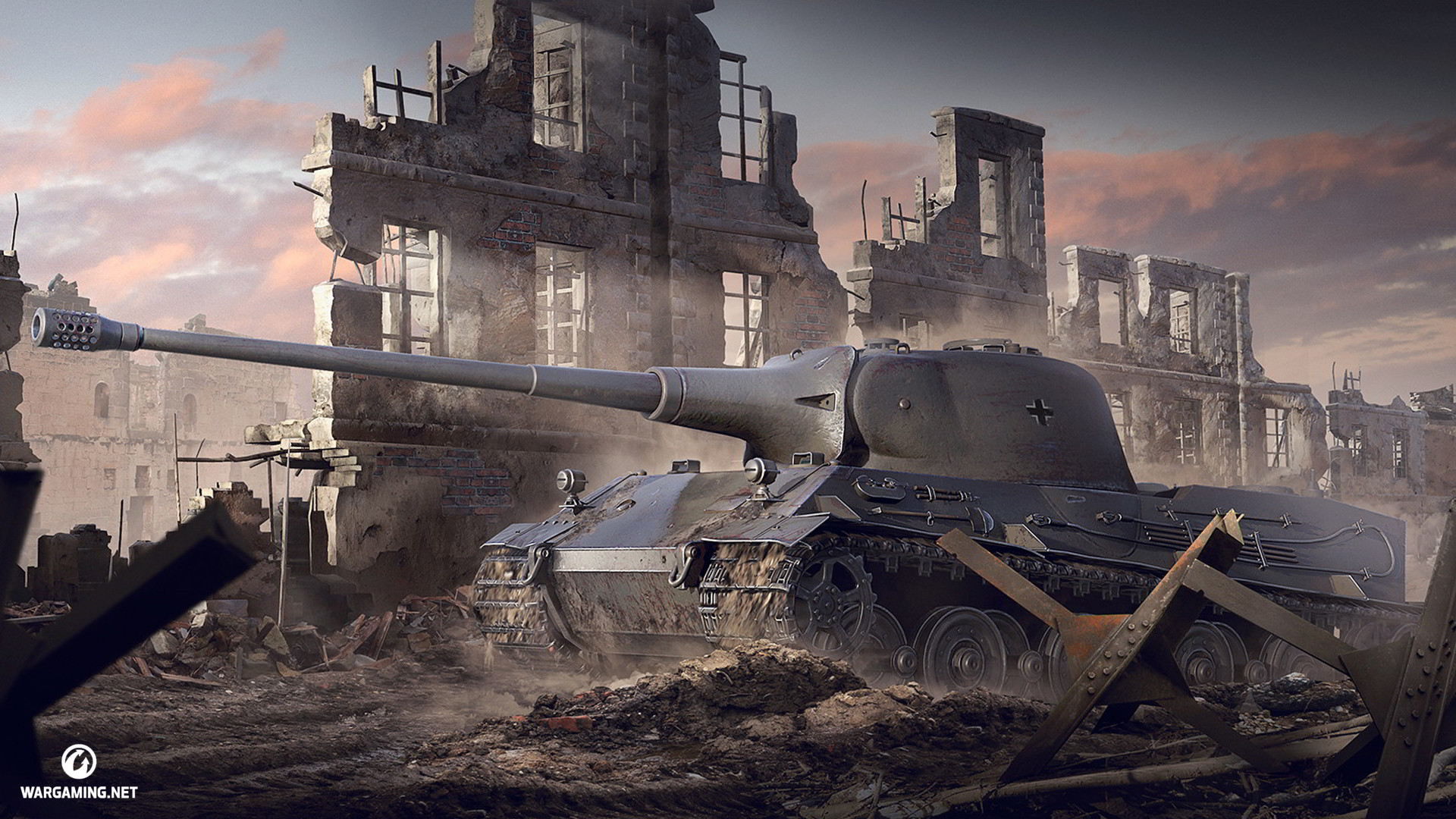 As for the armor, according to the performance characteristics, the front of the turret is only 120 mm, however, it has a huge gun mask, which is also 120 mm. As a result, the frontal part of the Lion tower, armored by 240 mm. This is enough to tank levels 8-9. The tank body was also improved, armor was added in the upper frontal part(120 mm) and sides (100 mm). That is, at an angle, the armor increases significantly and the tank is already quite difficult to break through. With improved side armor, the Lion can tank enemy projectiles sideways, but at optimal angles.

The tank gun is its main advantage. Accurate cannon with high degrees of declination, allows you to target the enemy at long distances. The average armor penetration of the base shell is 234 mm, which is one of the best indicators at level 8. However, there is a disadvantage. The cooldown time of 11.5 seconds, which gives an average damage per minute, is only 1600 points.

The last advantage of the tank is its viewing radius of 400 meters. Such indicators are not available for all MT level 8s.

German king of animals, quite a colorful technique. The tank has both many pros and cons. Leo is able to restrain breakthroughs of opponents, playing from the terrain. A large viewing radius will allow armored vehicles to shine independently in battle, while earning a lot of in-game currency.

Preferential French premium HT level 8. This tank was always played by tankers with a lot of experience. It has almost no armor, but it has a good rapid-fire gun, a good viewing radius and a powerful engine. 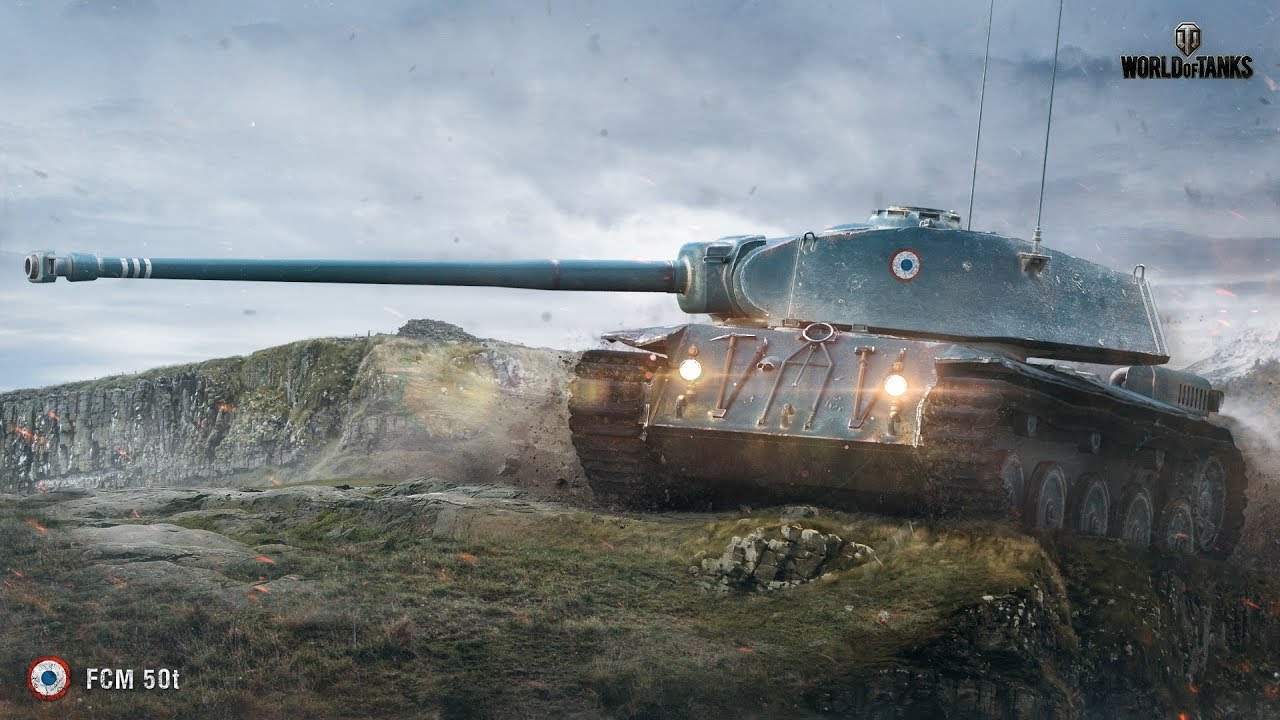 After updating the balancer in the game and introducing a large number of vehicles with good technical characteristics, the FCM 50 t began to lose significantly in all indicators. Since the technique belongs to the preferential level of combat, the maximum level to which a Frenchman will fall is 9. For all its current performance characteristics, the tank almost always plays with 9 levels. However, even there, he occasionally shows his agility and rate of fire.

If you look at the characteristics, the FCM 50 t has quite good armor in the upper part of the body-140 mm, but its declination angles are arranged in such a way that the reduced armor practically does not exist. The tank can reach speeds of up to 51 km/h, and the specific engine power is more than 18 hp / t, this allows you to quickly drive on hilly terrain, change positions and retreat. As for the firepower, the Frenchman is equipped with a 90 mm gun with a 212 mm armor penetration of the base shell and a one-time damage of 240 units. The tank has a cooldown of 7.19 seconds, which allows you to deal an average damage per minute of 1920 units.

Currently, this tank is quite difficult to play, because in battles against 9 levels, the one-time damage of 240 units is too low. As far as pharma is concerned, the FCM 50 t has one unique feature. The tank's armor-piercing projectiles cost only 250 silver. This means that after the battle, there will be small deductions of in-game currency.

The American heavy tank is slightly cheaper than the Lowe and has its own unique abilities. The T-34 is equipped with a strong 280 mm turret, which is almost impossible to penetrate even for level 10 tanks. The only vulnerable point on the tower is the hatch, which is located on the back of it. However, it is quite difficult to target it, because its size is too small. The tank body is lightly armored, only 102 mm. Therefore, for a comfortable game, you should take positions with reliefs so that you can hide the body. The angle of declination of the gun -10 degrees also helps to tank the turret. Because the tank's hull is low, it is able to hide it even on steep hills. 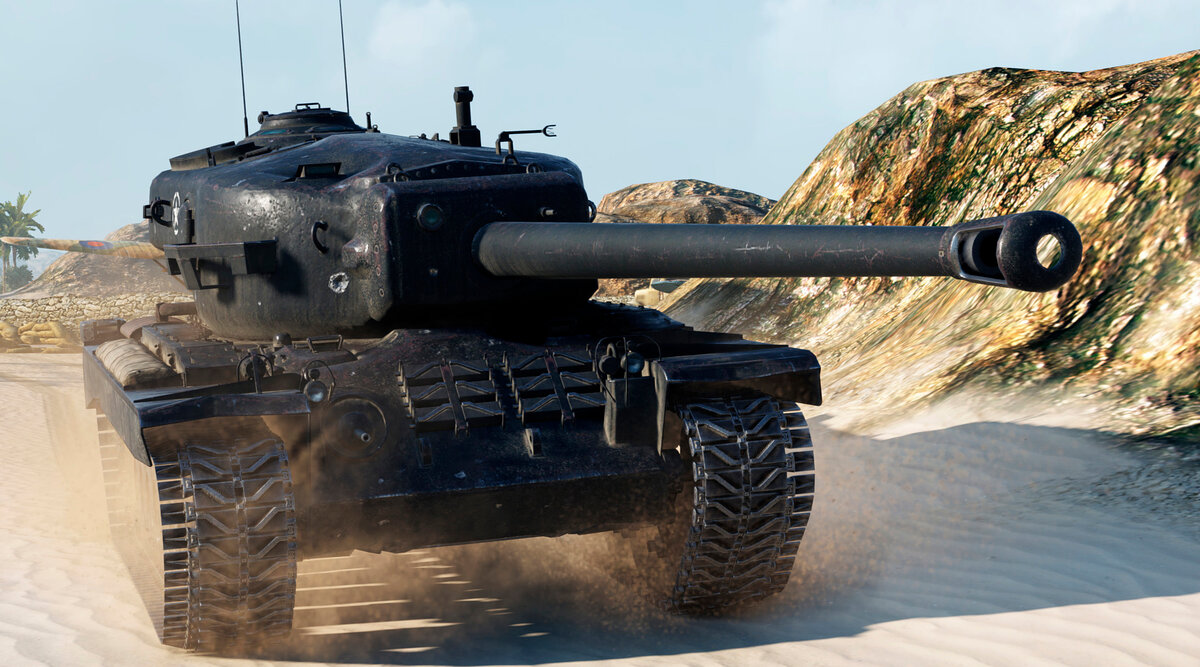 The dynamics of the T34 is very weak – only 12.44 hp/t. The maximum speed is 35 km/h, which is also a low indicator. However, this heavy tank has a powerful weapon, with an average armor penetration of 248 mm and a one-time damage of 400 units. Deal a lot of damage per minute, does not allow a long cooldown of 14.38 seconds. The viewing radius is average, like many HT 8 levels – 380 m.

The tank is equipped with a powerful weapon with high armor penetration and high one-time damage. Declination angles allow you to tank away from the tower, while being sure that it is not broken. However, the tank is too slow, has weak gun stabilization and a large spread when firing. The T-34 will be effective on hills, in mid-range and close-range combat.

The Chinese branch of tank destroyers appeared in the RU region relatively recently. Almost all of them look like anti-tank installations of the USSR, but they have different performance characteristics. This also applies to premium TD level 8 WZ-120-1G FT. The premium vehicle has a powerful weapon with a high one-time damage of 440 units. and an average armor penetration of 258 mm. The weapon has a cooldown of 9.39 seconds, which allows it to deal 2807 average damage per minute. This is one of the best indicators among all level 8 tanks. However, the 122 mm cannon has too long a clearance time of 2.8 seconds with a spread of 0.35.

There is no armor as such, the front part is 120 mm, the sides are 80 mm and the stern is 45 mm. For all its firepower, the tank destroyer has good dynamics. Specific power of the engine is 16.24 hp/t. This allows you to quickly reach a maximum speed of up to 50 km/h.

The viewing radius of the Chinese premium TD is 380 m. With upgraded crew skills and additional equipment, the WZ-120-1G FT can detect breaking tanks on its own.

The new Chinese premium level 8 tank destroyer has a good weapon that can deal a large one-time damage every 9 seconds. However, the large spread and long mixing make it possible to shoot effectively only at medium distances. Many tankers consider this TD to be one of the best at its level, despite the fact that you can still earn silver well on it.

A medium French tank of level 8, which was improved by the developers at the request of the players. At the moment, the premium ST has a fairly powerful 105 mm cannon with a high one-time damage of 390 points. and an average armor penetration of 200 mm. The accuracy is acceptable, with a spread of 0.33, mixing is only 2.3 seconds, which allows you to hit the enemy at long distances. Minus in firepower, this is a long cooldown of 12.27 seconds. With declination angles of -10 degrees, the tank can comfortably play from the terrain, however, the booking of the tower, however, as well as the hull leaves much to be desired. The maximum armor thickness in the turret is 63 mm. The Frenchman can repel some projectiles, but you won't be able to tank with a turret. 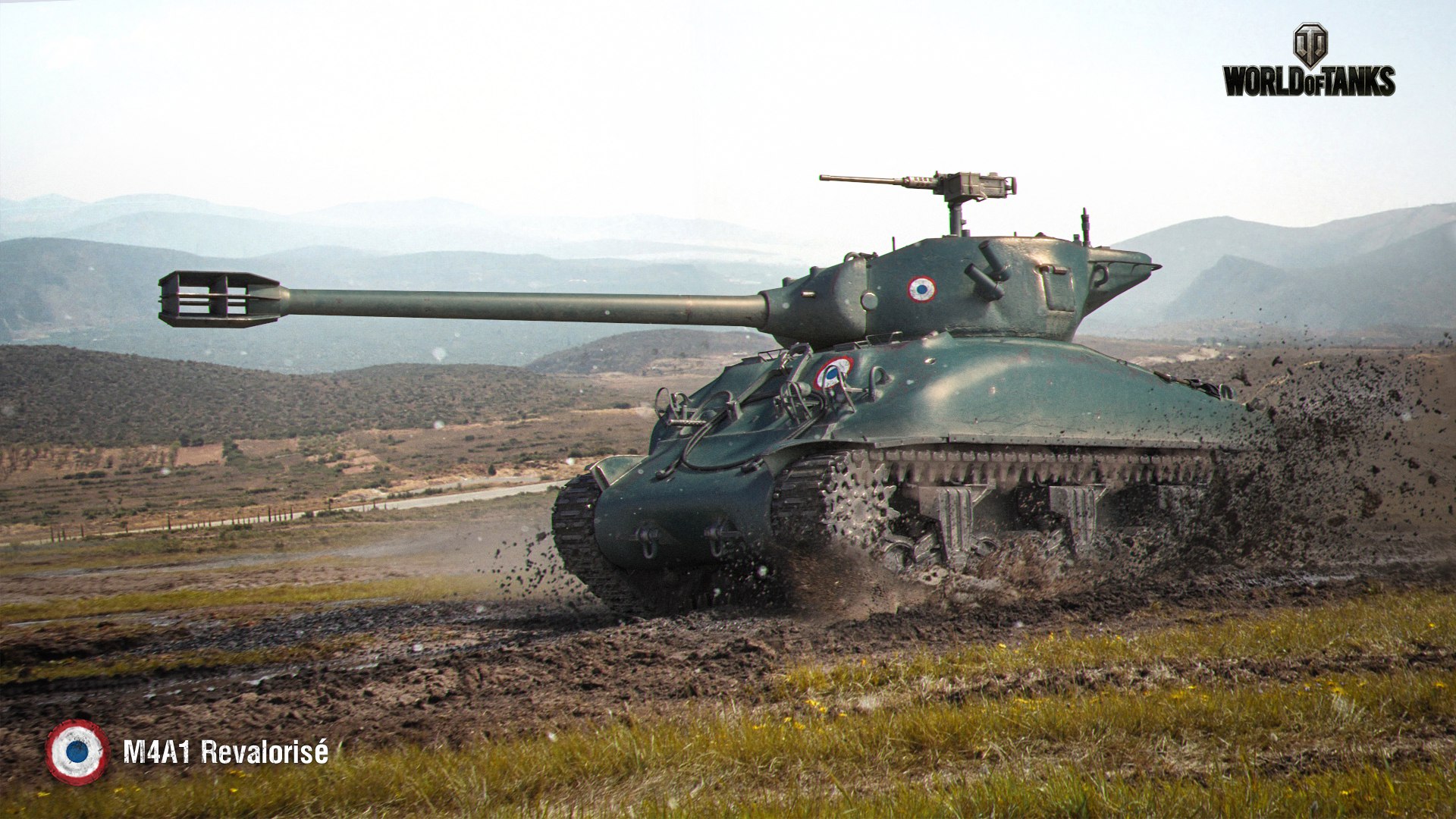 The dynamics of the tank is average, with a high specific power of 15.84 hp/t, the M4A1 Revalorisé can reach a maximum speed of only 40 km/h. That is, the speed is picked up quite quickly, but the tank will drive moderately.

The review of the M4A1 Revalorisé is 390 m, which is a good indicator for a medium tank. With the equipment installed and the crew trained, the Frenchman will be good at spotting enemy vehicles.

Since the tank is not a preferential one, with weak armor, it will be quite difficult to play with 10 levels. However, the accurate weapon allows you to target the enemy's weak points and deal a large one-time damage. Together with a good review, the French MT can bring a good profit.

All premium tanks have different prices, respectively, different technical characteristics and profitability. However, each player can play differently on a particular technique and earn a lot of silver by learning all its advantages and disadvantages.

It is worth noting that the article described only those tanks that can be purchased for gold in the hangar.