New personal missions have been radically changed. Now there are no strict conditions for the class of tanks. Campaign "Second front" are divided into certain groups and differ by nation...

With the release of new Personal missions 2.0: Second front, a unique Soviet tank with 4 tracks appeared in the award vehicles. This tank can only be obtained after completing difficult tasks. A Tier 10 tank has a unique shape and characteristics. 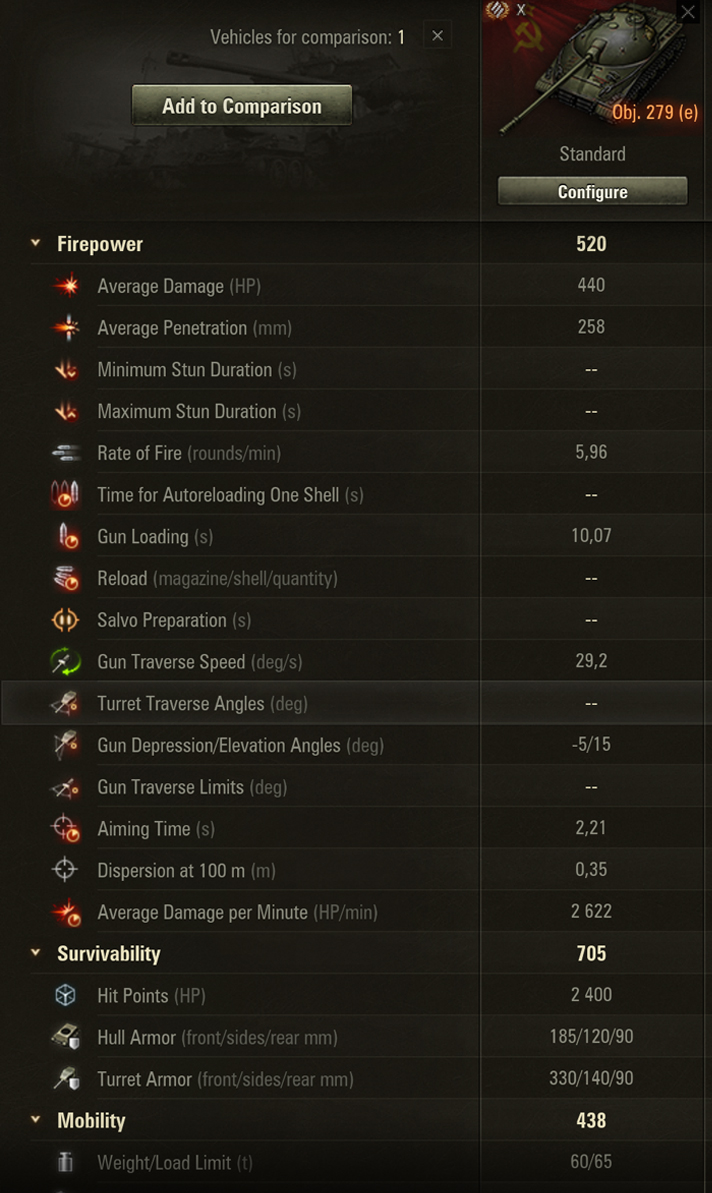 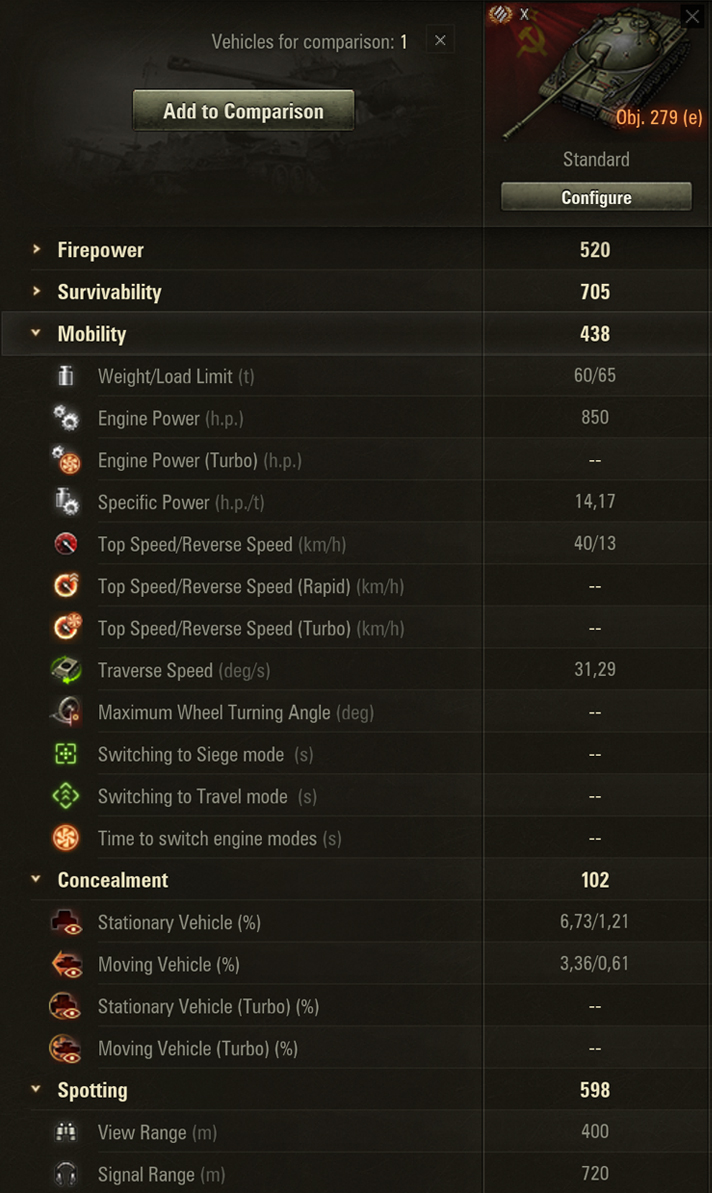 Before learning the perks from the crew, you need to familiarize yourself with the strengths and weaknesses of the tank. Recommended skills for the crew to learn step by step: 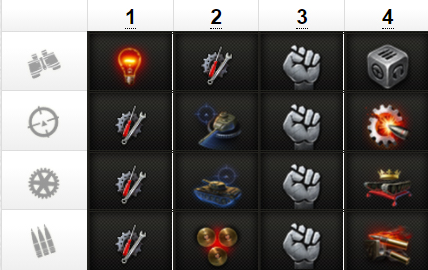 Above are the most relevant perks that are recommended to be learned as you train your crew. More often, there is already a trained crew for tier 10 tanks, but since this is a reward vehicle, the above recommendations will come in handy. It is also worth considering that the commander combines the profession of a radio operator, so the pumped perks must be properly divided.

This heavy tank is fighting on the front line, so the following equipment should be installed:

First of all, it is worth highlighting the feature of the new tank in the game. Since the hull of the tank rests on 4 tracks, it lacks the lower frontal part. This means that the traditional vulnerability for all tanks is simply not there. 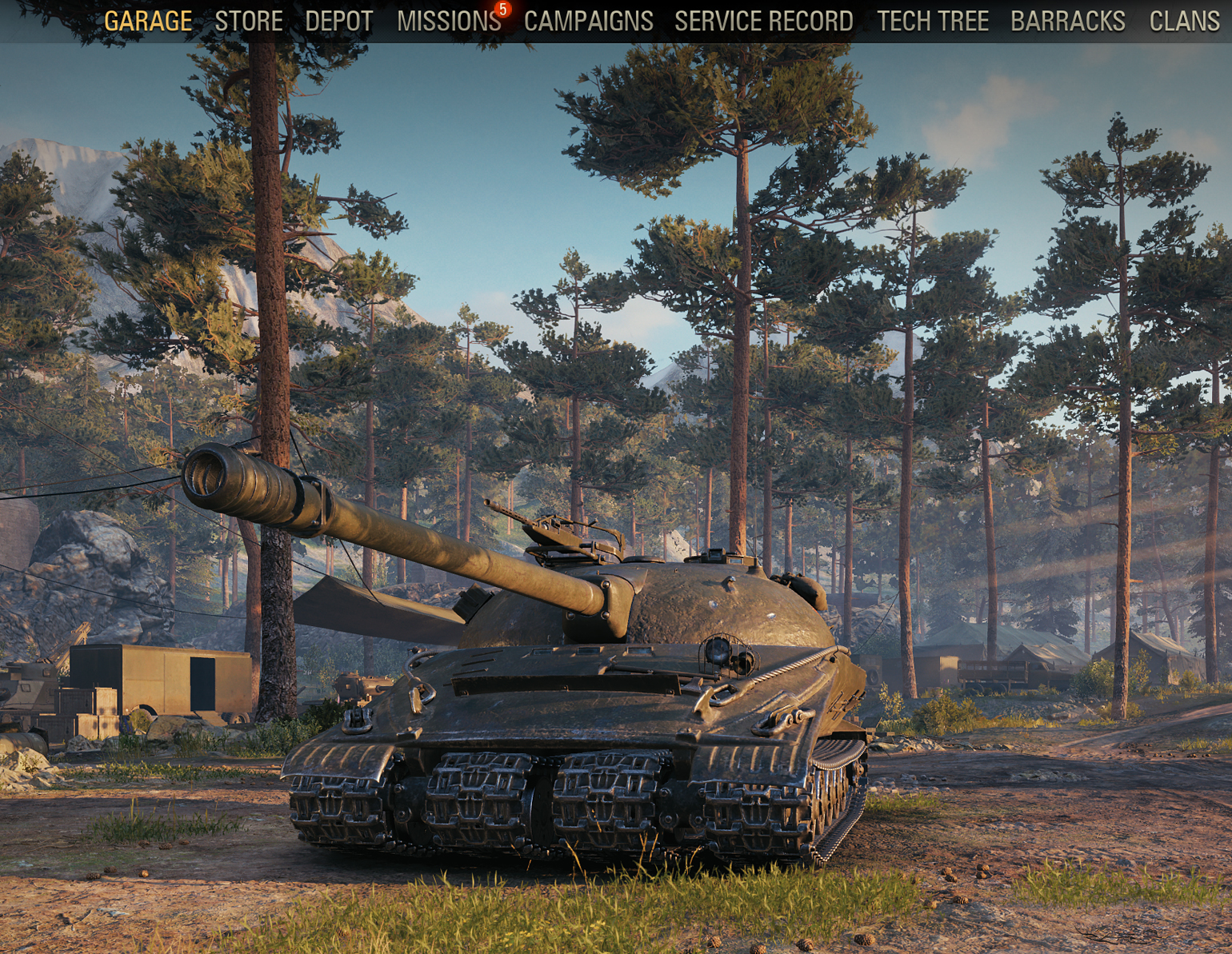 The turret of the tank is monolithic and has practically no weak zones in the frontal part. The tank is designed for shootouts on the first line, and it does not need to hide the hull. 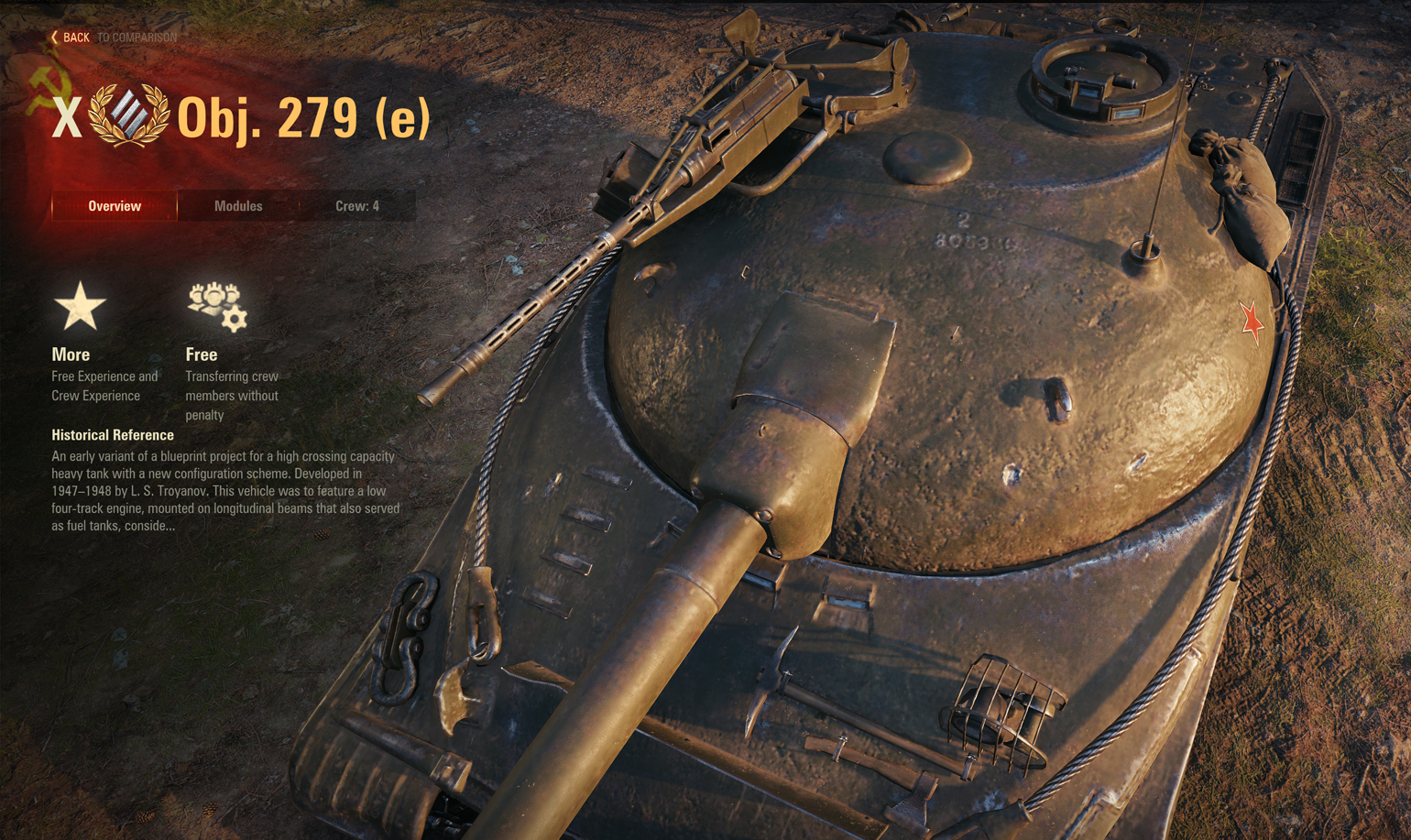 The upper frontal part does not have much armor, but sharp corners increase the reduced armor, and ricochets often occur due to the unique shape.

But here, too, everything is not so simple. Again, the shape of the tank plays a significant role, which is why the shells often ricochet. However, the sides do not hold back the shells of classmates as much as the lower plate part, so it is not recommended to tank with the sides. And there is no need to do this, since they are usually tanked sideways to cover the vulnerable lower armor plate, which Object 279 does not have.

It is armed with a 122 mm gun with a one-time damage of 440 HP. This is the average among Tier 10 heavy tanks. It is worth noting good accuracy and stabilization, at which the tank will be effective not only at close distances. The turret of the tank is strong, but with a low silhouette. This means that the implement does not have large angles of vertical depression, so the most effective position will be behind embankments and heaps.

The specific engine power is 14 hp / t, so the Object 279 (e) will confidently gain a top speed of 40 km / h. The disadvantages include slow steering, both chassis and turret. It follows from this that the tank is categorically not recommended to fight in open spaces, since even a medium tank with good mobility will be able to spin.

The maximum view radius is average for tier 10, but not the lowest. With a trained crew and installed equipment, a Soviet heavy tank will light up the enemy at a distance of more than 420 m.

Object 279 (e) appeared in the game quite recently. To get a unique vehicle in WoT, the player will have to complete a large number of the most difficult personal combat missions. However, the tank is worth spending a lot of time on it. The vehicle is unique primarily in its structure, since it is the first tank in the game that does not have a lower frontal part. This tank is not often seen, so it is impossible to describe what kind of enemy it is. Viewing by the individual videos of popular bloggers, Object 279 is an interesting tank with its own unique characteristics and gameplay.

Also, if you have any difficulties with completing personal missions, you can always order them from us and get the desired unique tank - Obj. 279e.