Ranked Battles in World of Warships

Ranked Battles statistics will be displayed in the profile summary. Distribution by league starts from the Fourth Season. Statistics for previous seasons, broken down by leagues, will not be available...

The rewards for each league will be refreshed and available again at the start of each new Sprint. 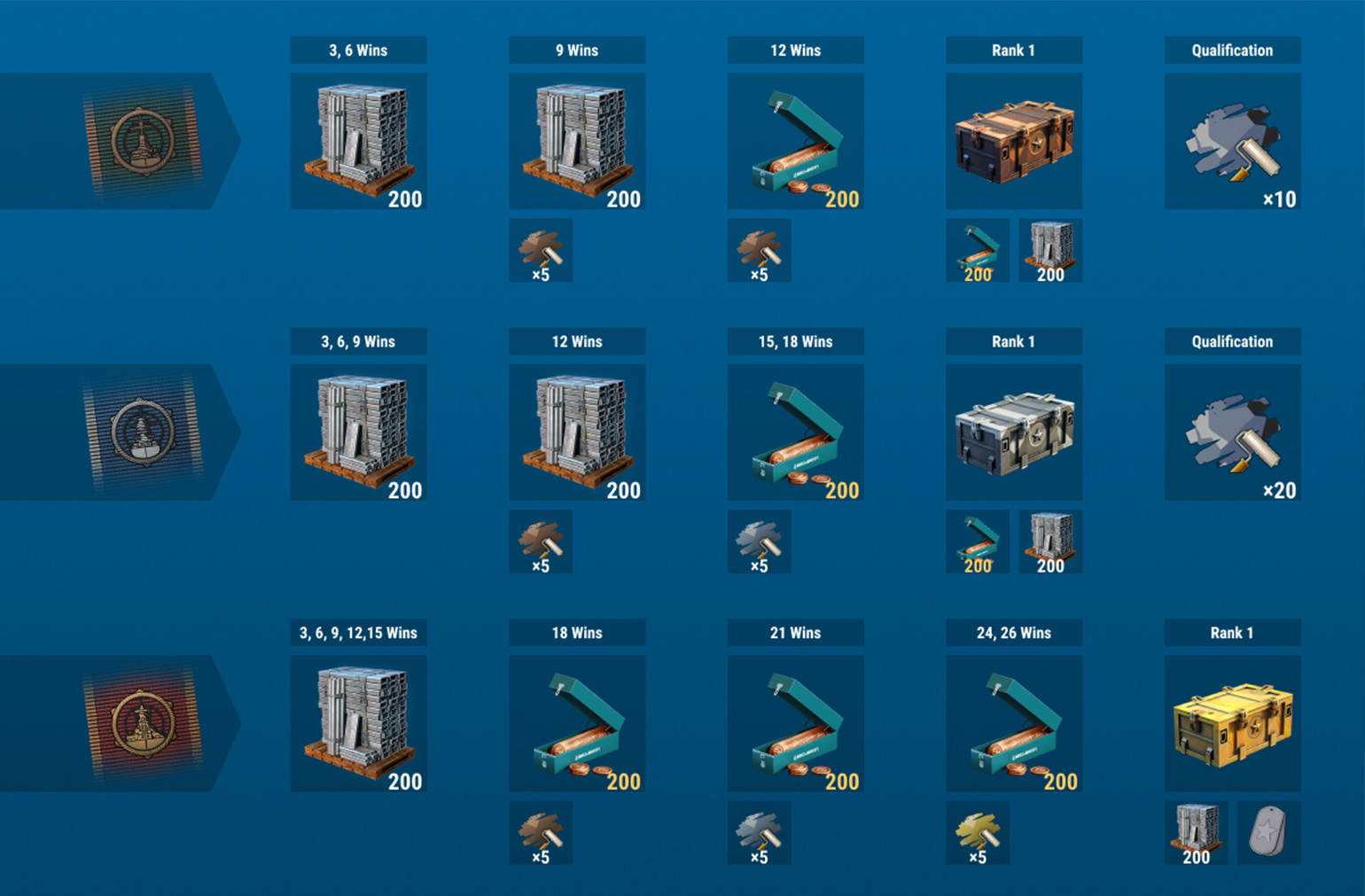 Reaching Rank 1 will reward you with Bronze, Silver, and Gold League containers.

A commemorative flag is awarded for achieving Rank 1 in the Bronze League.

7 vs. 7 (with a maximum of two submarines per team)

The season is divided into six Sprints. The first Sprint runs for 1 week, and each subsequent one runs for 2 weeks. Each new Sprint starts immediately after the end of the previous one.

Submarines are fragile and sneaky hunters. The diving depth of a submarine affects her detectability, viewing range, and interactions with other ship types and submarines. Maneuver, change your submergence depth, hide from your enemies, and surprise them with stealth attacks. Keep the enemy guessing and on their toes!

Submarines have small HP pools, so stick to the flanks and attack your opponents while you are submerged. Change position often, try to enlist the support of your teammates, and dive deeper when you find yourself in immediate danger.

Cruisers and destroyers are the primary targets for submarines during the beginning and middle stages of a battle. These ship types keep submarines in check and prevent them from breaking through to the sluggish battleships. 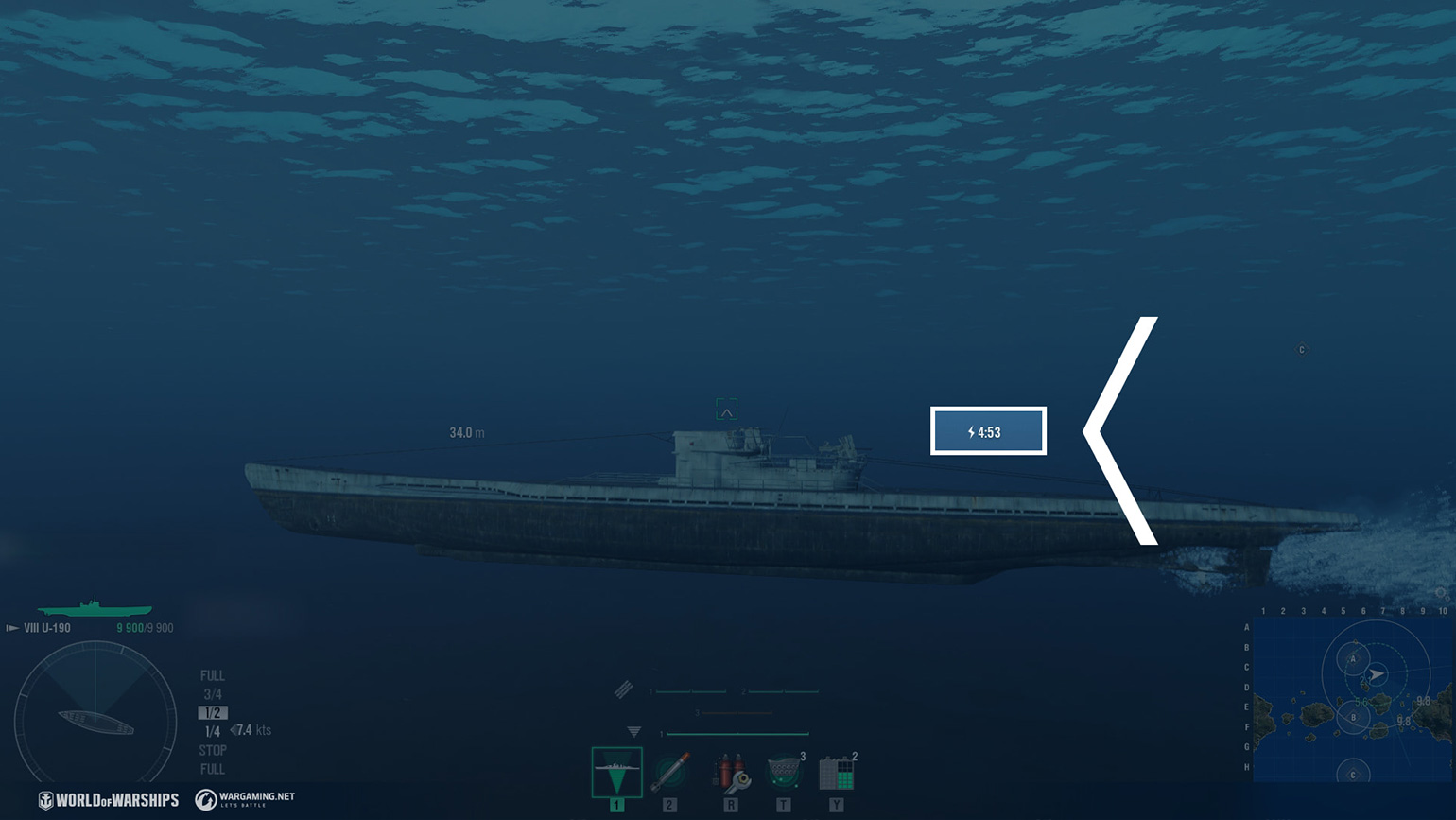 Shells, ship and aerial torpedoes, bombs, and rockets pose a threat to submarines that are on the surface or at the periscope depth.

The deeper a submarines dives, the harder she is to detect—her detectability for enemy ships decreases as she descends into the depths. 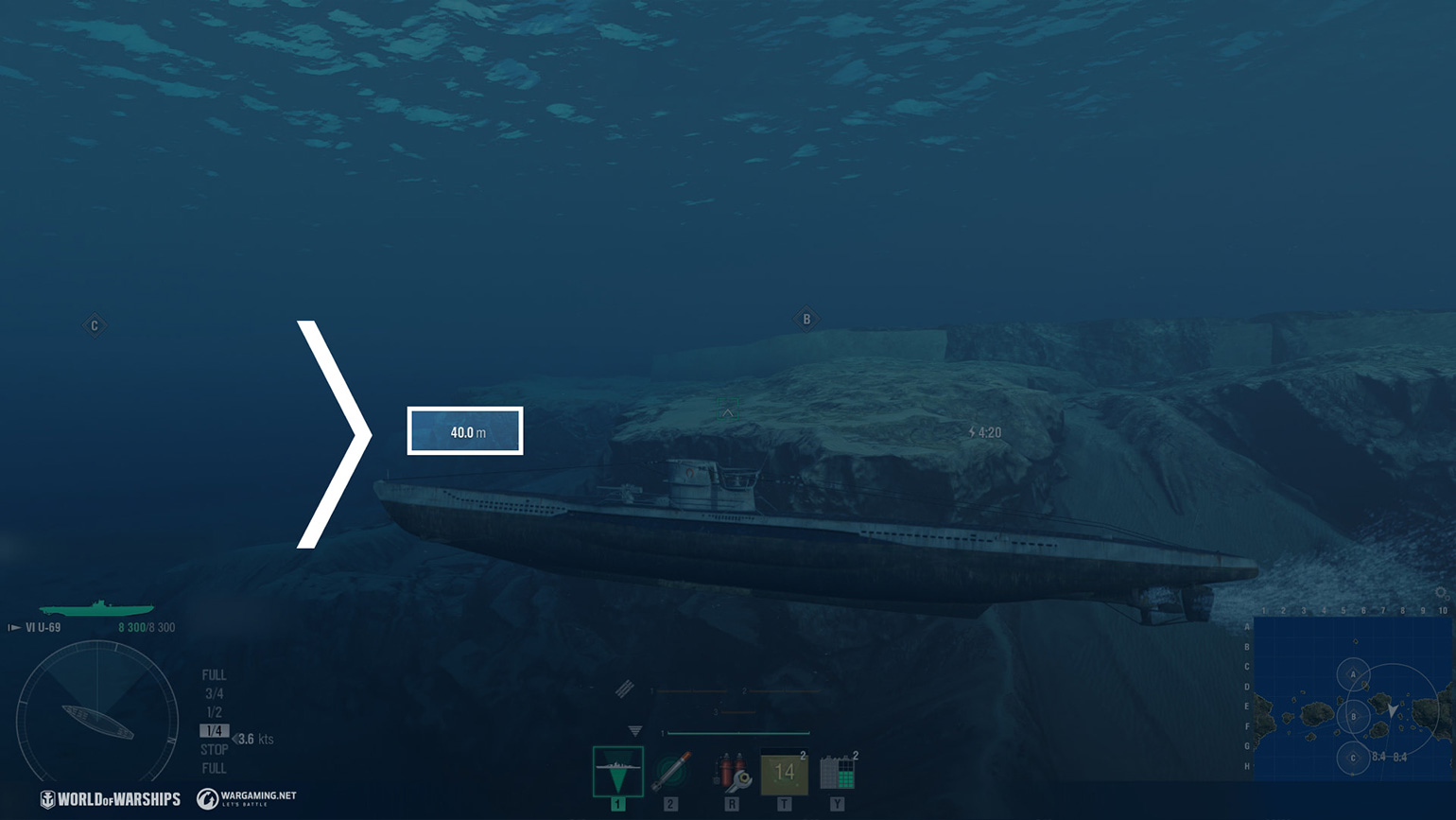 Each submergence level needs to be used in a specific situation, and it's important to take the penalties and bonuses of each level into account.
The higher the tier of a submarine, the faster she can sail while submerged. Like a shark, the sub gradually takes to hunting at her operating depth as effectively as on the surface.

Submarines' primary armament is acoustic homing torpedoes. The sonar pings mechanic will help you increase the potential effectiveness of your torpedo salvos. By hitting an enemy ship with a sonar ping, you activate horizontal and vertical acoustic homing on that ship. Torpedoes can ascend from the depths and home in on an enemy only with the help of an active sonar ping effect. 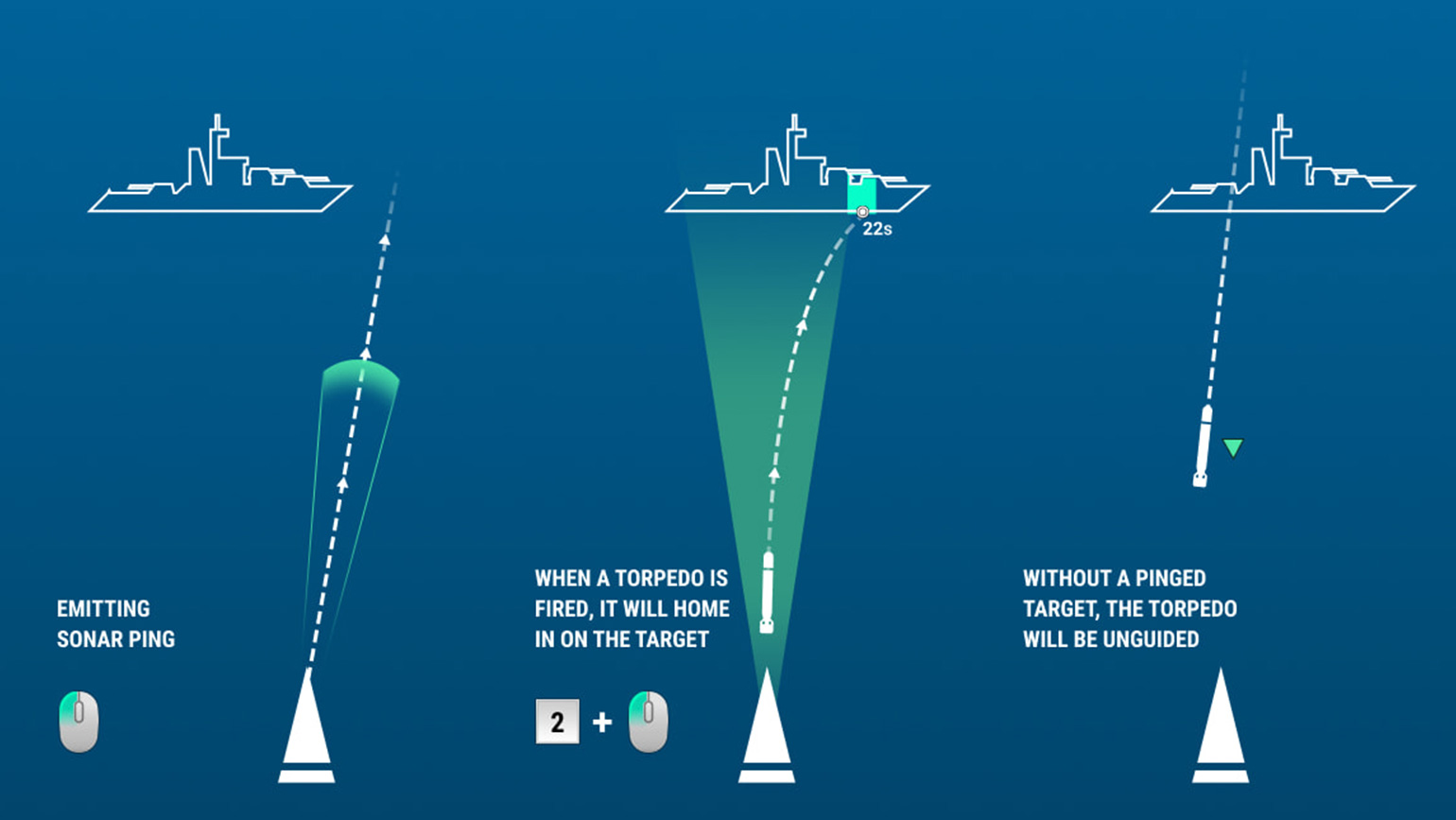 If you attack a ship from afar, keep emitting sonar pings to maintain their effect while your torpedoes are traveling to their target. Bear in mind, though, that guiding your torpedo to its target with the help of sonar pings doesn't guarantee a hit.

Emitting a sonar ping makes your submarine more visible, so be sure to consider this factor if the enemy is nearby.

Torpedo tubes mounted on submarines do not necessarily reload simultaneously like they do on surface ships. The number of torpedoes that can be reloaded simultaneously depends on how many loaders are available. Torpedo tubes located at the bow and stern can have different numbers of loaders assigned to them.

To counter hostile subs, make use of the Hydrophone—a consumable designed to detect submerged submarines over long ranges.

Many destroyers and some light cruisers carry depth charges that can hit submarines prowling about in the depths. Approach the approximate location of the submarine and release your depth charges using the G key.

Some battleships can call in anti-submarine defense aircraft.  You can choose this armament type by pressing 4. The camera rises and the reticle allows you to select an area within a 10 to 12 km radius from the ship. A group of aircraft will arrive and drop depth charges in this area shortly after being called.

In addition to depth charges and anti-submarine defense aircraft, high-explosive shells, Surveillance Radar, and Hydroacoustic Search will come in handy when fighting against submarines.

This is almost everything you need to know about the key principles of operating and countering submarines in the game. Good luck in your Ranked Battles, Commanders!